The Best of the Sci Fi Screening Room 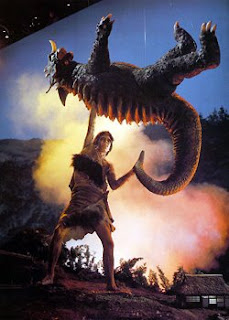 So I'm doing a GREATEST HITS Show, featuring the greatest clips from the series.

If you've missed shows in the past, this is your chance to catch-up with an epic 99 minute video cavalcade featuring footage you won't find on YouTube of Netflix.

Plus: New clips that didn't fit into previous theme nights.

A chance for two lucky audience members to challenge our PAC-MAN Champ.

Come see the show that has been featured in The New York Times, Scientific American and a David Hasslehoff Fan blog.


THE BEST OF THE SCI FI SCREENING ROOM

NOTE: THIS SHOW HAS BEEN MOVED TO JUNE. CHECK BACK HERE TO DETAILS. 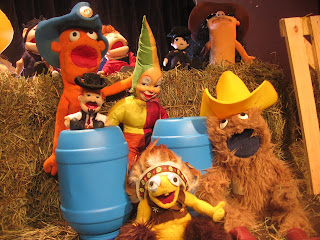 My new short PUPPET RODEO played at Philadelphia's Backseat Film Festival where it won the award for Staff Favorite.

It's coming soon to Atom.com -- stay tuned for details.

The Backseat guys will be screening the Kevin Maher/TV Head classic
Family Dinner Party at their evening at the Philadelphia Cinefest.
Posted by Kevin Maher at 9:51 PM 1 comment:

Yes, from the people who brought you HULK Night and KISS Night comes the ultimate video cavalcade of off-beat Superhero clips.

Featuring stuff you won't find on TV, YouTube or Hulu... including scenes from The 1979 cartoon show FRED & BARNEY MEET THE THING.

...scenes from The Spirit TV movie

...and a view-master reel of Superman Vs. The Computer Crook.

and co-host Nick Nadel (from the AMC super-hero blog)

UNDER St. Mark's
94 St. Mark's Place (between 1st Avenue and Avenue A)

Here's a one-off video I did for AMC. I wanted to help spread the word about FANBOYS. Screenwriter Ernie Cline is one of my favorite SPOKEN NERD artists. You should check out his stuff at http://www.ernestcline.com/

Also, you can find ALMOST all the AMC videos here (http://www.amctv.com/videos/scifi-movies/) They are missing two episodes.
Posted by Kevin Maher at 2:21 PM No comments: