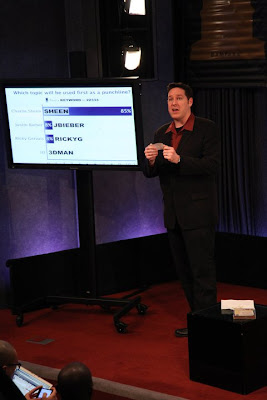 On Hollywood's most self-important night, I hosted New York's only official screening of the Academy Awards, at the Paley Center for Media.   It was a weird night with a most eclectic-audience (not my usual downtown/Brooklyn regulars.) But it made for a fun evening.  Audience members enjoyed plenty of food and booze, while watching the pre-show and the ceremony.

From 8 o'clock until the end of the live telecast, I did comedy bits, movie trivia, dramatic readings of #Oscar tweets. Plus interactive games like "The Google Algorithm Quiz: Oscar Edition" (where audiences had to guess which actor's name brought up certain keywords when being entered in the Google Search enging.  For example, "Which actor/actress brings up the word "terrorist"?  Answer: Mark Ruffalo.)

On stage  was joined by my old Kevin Geeks Out producer M. Sweeney Lawless, plus old friends from Best Week Ever: Norman Baker and Caroline Waxler, and from Lucky Magazine fashion expert Christina Anderson.  The commented, tweeted and even joined two audience members for a live throwdown battle of "6 Degrees of Kevin Bacon." (In the end it was an audience member who linked Kevin Bacon and Colin Firth in only three degrees.)

During one of our audience polls the crowd was asked:


"Which topic will be the first to be used for a hacky joke?

Read more »
Posted by Kevin Maher at 7:34 PM No comments:

Kevin Geeks Out About ROLLERBALL 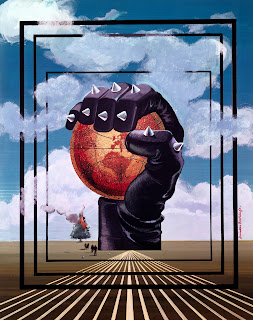 I first saw the Norman Jewison movie as an adult while writing a comedy screenplay that was set in a 1970's vision of the future.

That project required me to spend weeks watching films like Logan's Run, Omega Man, Futureworld, Zardoz, Soylent Green, Conquest of the Planet of the Apes and more. Each movie offered a ridiculous world of tomorrow -- and don't get me wrong, that's part of what makes them so great.  I adore the very 70's aesthetic about the future -- whether it's the slightly-futuristic fashion, the oversized super-intelligent talking computers, the funky pseduo-Euro architecture, the relentless use of excessive snap-zooms, or the general self-imporance of message-y post-Viet Nam science-fiction that was about to be  made extinct by Star Wars and dozens of Star Wars knock-offs. 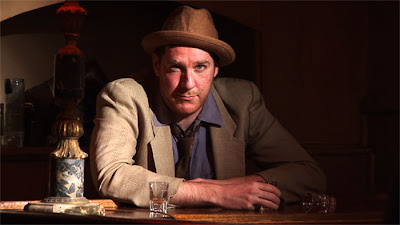 Kevin Maher is an Emmy-nominated comedy writer, whose work has been seen on HBO, AMC, CNN, Comedy Central, VH1, TV One, FEARNet, and Nickelodeon.  His short films have been shown everywhere from MOMA to Troma, with screenings outside of Sundance and Cannes. 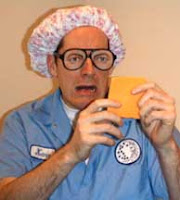 On stage Kevin created the multi-media shows Video Vaudeville and Kevin Geeks Out, a monthly confabulation of vintage film clips, guest experts, interactive games and curiosities.  Over the course of the run, Kevin "geeked out" about Bigfoot, Robots, KISS, Video Games,  Dummy Deaths, Alien Encounters and Batman. (For that show he wrote 100 haiku about Batman.) The show was a favorite of critics, from The New York Times to Scientific American.

Before that, he performed solo comedies including the off-Broadway show "Lone Drifter."  Before that, he was one-third of the sketch comedy trio TV Head.

Journalists have compared Kevin to Ernie Kovacs and Jonathan Winters, but his highest praise came from Tiger Beat who called him "funny!" 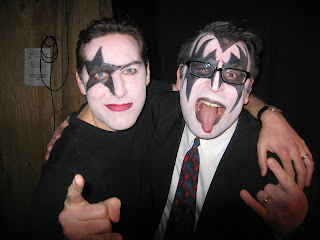 Kevin Geeks Out About Shark Cinema

Kevin Geeks Out About Visions of the Future

Kevin Geeks Out About Monkeys 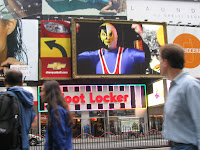 Who Owns "They Live"?

Shock Waves: or How I Learned to Overcome Zombie Fatigue

Conquest of the Planet of the Apes

The Barbarella and Other Sci Fi Cocktails

The Toxic Avenger - the Musical

Oscar Party @ The Paley Center - hosted by ME

One of my favorite places in all of New York City is the Paley Center (formerly the Museum of TV and Radio.  I will always call it that, the same way I'll always call The PNC Bank Center "The Garden State Arts Center") because there's something amazing about communal TV viewing.

You can imagine how flattered I was when they invited me to host their screening of the Academy Awards.  It's going to be a party with food and drinks, oscar voting, trivia and comedy bits during commercial breaks (with me!)  Plus I'll be joined by old friends M. Sweeney Lawless, Norman Baker and Caroline Waxler.
Rub elbows with film fanatics, TV geeks, drunk bloggers, and media-ecologists like myself as we watch Hollywood's most self-important night.
2011 Academy Awards Viewing Party
Sunday February 27, 2011
(doors open at 7pm, with a red-carpet walk and historic footage of the Academy Awards)
screening begins at 8pm
The Paley Center for Media
25 West 52 Street
New York, NY
Get tickets HERE and use discount code "KEVIN" and save five bucks.
P.S. here's a video I did about OSCAR WINNERS STARRING IN TRASHY B-MOVIES

SHOCK WAVES: or How I learned to overcome zombie fatigue and love undead monster movies 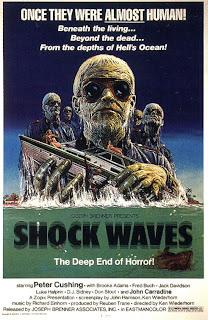 (NOTE: The following post first appeared on the SF Signal website, when editor-in-chief John DeNardo asked me the question: What was the last science-fiction film that surprised you in a good way?)
An optimist might say that we’re experiencing a zombie renaissance, with zombie-themed TV shows, literature, flash mobs and conventions.

A pessimist would point to the cliché novelties, crossover comics, books, gimmicky poetry, etc., as though the undead-merchandize is a zombie plague in itself, with mindless products walking (or running) across the multi-media landscape.
Having suffered from “zombie fatigue”, I was surprised and delighted by the movie SHOCK WAVES. (1977).
We’ve seen adaptations of “Tales from the Crypt” (anthology movies, feature films and the HBO series) but SHOCK WAVES is like a "WEIRD WAR TALES" movie!  The film’s faux-documentary opening sets the tone nicely:

Hey Tanzania, we got COMMANDO covered.... 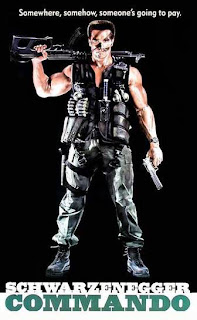 There's an excellent video that's making the rounds, aimed at subverting the stereotypes of Sub-Saharan African Communites.  What better way to illustrate that point than to showcase a 9-year-old boy recapping the plot of Schwarzenegger's 1985 classic COMMANDO?

A very cool project, no doubt. (Learn more about the project here)


But just for the record, my 2-year-old boy was reciting "kill lines" from COMMANDO way before this other video went viral.  I recorded it last year, as part of a short-lived series called "Diary of a Cool Dad."


Calvin does Commando
Uploaded by KevinMaher. - Videos of family and friends from around the world.