My friend Jeremy was revising his screenplay and emailed me to see if I could contribute a joke about a serial killer.  (It's for his amazing-looking feature LUCID, but that's beside the point.)

I scribbled a few bad jokes, some were really bad, others weren't bad enough.

Even though he needed a quick exchange, I penned this narrative joke, which is liking something out of the Blanche Knott books I would sneakily read as a kid:

Charles Manson, Jack the Ripper and Jeffrey Dahmer all walk into a bar.

Manson says, "But I'm not a serial killer.  I just had a devoted cult who killed on my behalf."

The bartender says "okay," and gives him a beer.

Jack the Ripper says, "But I'm not a serial killer.  I was just a scapegoat for several murders committed by the Royal Family."

The bartender says "okay," and gives him a beer.

Jeffrey Dahmer says "I'm not here for a drink.  I just want to find a man to seduce, murder and eat."

I had written several more jokes, and I tried them all out on my wife.

For one of them I asked the question "How many serial killers does it take to screw in a light bulb?"

My original punchline was just okay.

But upon hearing it, my wife immediately said "I thought you were going to say `TWO: One to change the bulb and one to make a lampshade out of a prostitute."

Such a better joke.

And the thing is, but she just fired that one off without thinking about it.

My wife is funnier than me.


And check out material from OLD SKETCH WEEK.
Posted by Kevin Maher at 2:30 PM No comments:

What are you doing for the next 82 hours? 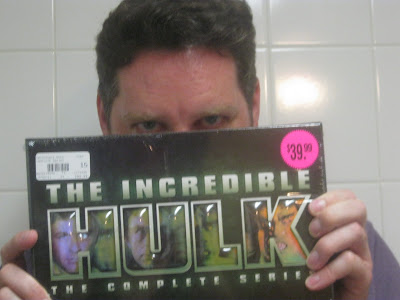 Having just acquired this box set, I am suddenly sorry I didn't get a pre-nup.
Posted by Kevin Maher at 4:13 PM 1 comment: 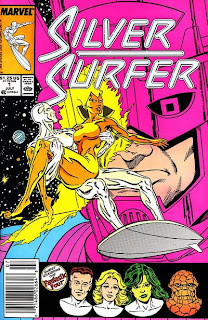 Last time I read this issue, I was 13 years old.

Looking back, it's easy to see why I would've been drawn to the Surfer.  On page 36, he tells his former boss/father figure:


"I DARE, GALACTUS -- BECAUSE I, TOO HAVE AN INFLEXIBLE WILL -- AND IT IS COUPLED TO CONSICENCE!"


"IT MATTERS NOT WHAT OTHERS DO!  THE SILVER SURFER MUST BE TRUE TO HIMSELF!"


Hokey and ham-handed, sure.  But I'm betting that idea resonated with me, on some level.  Operating with a strong sense of what's right and wrong.

Previous examinations of my past have turned-up unsettling connections and things that must've been obvious to others, but I was oblivious to.  (This early video memoir unearthed my romanticization of lone gunmen fighting for justice.)

But the above quote may have had some good influence.  I suspect most teenagers see an "inflexible will" as a good thing.  But in my case, I applied that will to not drinking alcohol or using drugs. That's no small accomplishment for any teenager (or adult.)  So I should thank Steve Englehard for helping me with my sobriety.
Posted by Kevin Maher at 7:40 PM No comments:

Kevin Geeks Out About Evil Dogs of 1978 Edgar Allen Poe made black cats a staple a horror, you still see them each year as Halloween decorations.

But as far as horror movies go, it's dog territory.

Because people fear dogs.  (And it's much easier to direct a canine.)

Specifically, dogs have been harbingers of death in films of the 70's and 80's, ushering in the worst kinds of destruction.  I don't know if this goes back to earlier centuries, where dogs carried diseases, but you can see this theme play out in a number of films including: Cujo, The Pack, Play Dead -- and don't forget the dog who hosts the monster in The Thing.

In this two-part video-review, Rusty Ward and I look at two stand-out films from 1978.  (I'm still not sure if one was ripping off the other -- you be the judge.)

Full disclosure: the reason we did two episodes is that when Rusty suggested we watch ZOLTAN, I got excited because I thought it was DEVIL DOG.  So we ended up watching both. 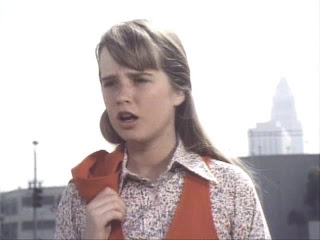 Posted by Kevin Maher at 4:28 PM No comments:

Kevin Geeks Out About... EVIL CHILDREN 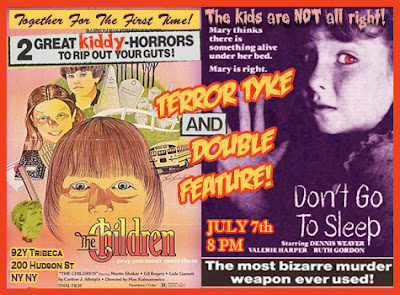 This Thursday (July 7th) I'm screening a double feature -- two kindertraumatic© cult classics
THE CHILDREN (1980) and DON'T GO TO SLEEP (1982) in New York City.  Click HERE and get tickets.
Read more »
Posted by Kevin Maher at 10:30 AM No comments:

Hey Baby, it's the 4th of July

Happy 4th of July, from my family to you and yours.

Kevin Geeks Out about... meeting Max Kalmanowicz, director of THE CHILDREN (1980)

As a young boy, my favorite thing about attending the annual Proctor & Gamble company picnic was getting to hang out with older kids, because everyone knows older kids are cooler. One year, some bad-ass 11-year olds told me about a horror movie called THE CHILDREN, where a school bus full of children are exposed to nuclear fog and turned into zombies, and you can tell because they have blue fingernails. I listened to the play-by-play of this gruesome story where kids kill adults and parents defend themselves by chopping off the children’s hands. That night I couldn’t sleep because I was too freaked out by the film’s final scene. Just hearing about it scared the hell out of me. I desperately wanted to see THE CHILDREN, but was too terrified. Years later I watched the film and it proved to be just as disturbing as I’d imagined. And I loved it.


Recently, I had lunch with the film’s director, Max Kalmanowicz. Over lunch Max talked about what makes child actors so creepy, the secret to making low-budget horror, the cause of our current "zombie renaissance" and the surprising link between his drive-in movie and the horrors of World War II.  Plus he shared some details about his upcoming film HORROR CON.
KEVIN: Do people ever tell you they saw the movie when they were young and were just completely terrified and haunted?
MAX: The last horror convention that I went to, I met the people from Troma, who bought the rights to my two films The Children and Dreams Come True.  They recognized me from some of the publicity photos, and everybody started asking me if I would sign things.  I was a little embarrassed.  Basically, there were people coming up who looked too young to have been around at the time, saying, “You did The Children?  Wow, that was really scary!”  So that made me feel good, and I feel like if it worked then it still does now; for kids, anyway.
KEVIN: Does it seem like part of the appeal is that kids get a kick out of seeing themselves as the villains?
MAX: I think they like that the kids in the movie fry their parents.  That really gives them a big giggle.  They’re not scared by the kids being scary, they’re just wonderfully happy that the kids get even.  The kids are the monsters.  They have the power.
KEVIN: Do you have a favorite moment from The Children?
MAX: My favorite moment was when the father comes in and he sees his daughter and his son frying… who do they fry?  I forget.  It’s when he walks in and he sees them and they start coming towards him—the horror on his face that these kids that he’s raised are now coming after him.  They look really scary.  I love that!
KEVIN: My favorite scene is when Paul comes down the stairs, gets hit with the shotgun and goes over the side.  Was that really a kid doing the stunt?